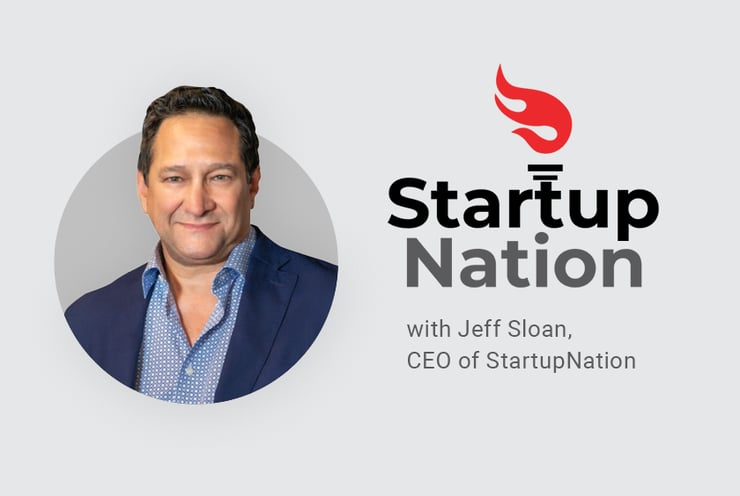 Since it was launched in 2002, StartupNation has provided millions with the information, inspiration, and connections they need to start, grow and manage a successful startup business. Founded by passionate entrepreneur, Jeff Sloan, StartupNation is a multimedia company located in Birmingham, Michigan.

So we were thrilled to hear (literally!) Jeff talk up DeepHow during his regular slot on the Business Beat radio show on the Great Voice of the Great Lake, WJR.

I’m excited about the prospects of this company, Paul. They’re a B2B company, meaning they sell to businesses and that’s certainly generally easier than selling to masses of consumers. They’ve got unique technology and their business model is proven based on their million dollars plus in annual revenue and growing.

And they’ve got a really experienced team capable of taking this one to the next level. Congratulations to the team at DeepHow! We’ll be cheering you on.

Thank you, Jeff, and the StartupNation Team! If you're a startup like us, head over to StartupNation, a terrific resource that inspires, educates, and consistently attracts entrepreneurs and small business owners from Main Street America who want to be their own bosses and live the American Dream.

You can listen to the broadcast here.

About DeepHow
DeepHow was founded in 2018 by a team of ex-Siemens researchers and engineers who saw an unmet need to transfer knowledge in the skilled trades labor market. They developed an AI-powered, video-centric knowledge capturing and learning platform that bridges the skills gap in the manufacturing, service, and construction industries. DeepHow streamlines know-how capture using AI workflow indexing and segmentation at one-tenth the time of traditional video-editing approaches, and powers knowledge transfer with smart, how-to training videos that boost employee performance by 25 percent. For more information, visit deephow.com.

Watch our webinar, co-presented with the SME, about how the skills gap in manufacturing can be...

DeepHow aims to bridge the skills gap in manufacturing,...

When an executive's business title includes the term 'Industry...